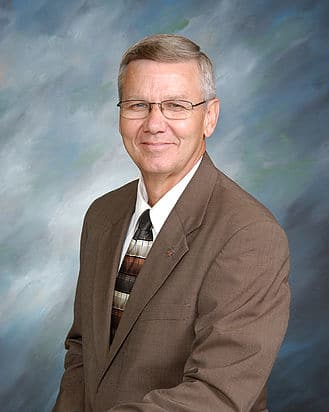 Pastor T.G. Myers was born on March 11, 1957 in Cherokee County, North Carolina. He was born again on June 6, 1965 after the morning services at Little Brasstown Baptist Church in Clay County, North Carolina. He met his wife, Sheila, at Western Carolina University in 1977 and they were married on May 18, 1980. Pastor and Sheila have reared three children and helped in the lives of several others.

Pastor Myers announced the call of God upon his life after the Sunday Evening service of August 11, 1985 at First Baptist Church of East Bay under the leadership of Pastor R.L. Williams. He served in multiple capacities under the leadership of others for some fifteen years. Those positions included Assistant or Associate Pastor, Junior Church Director, Bus Director, Youth Leader, Principal, School Administrator, Trustee, Treasurer, Faculty of Bible College and others. He assumed the Pastorate of First Baptist of East Bay on January 17, 2000 and was ordained to that ministry on March 18, 2000 by the authority of the same.

Beyond multiple undergraduate degrees and certificates Pastor Myers completed the requirements for a Master of Education degree from the University of South Florida in 1992. He received a Doctor of Theology degree from Latin American Missionary Baptist Theological Seminary in 2004 and was awarded a Doctor of Divinity degree by Florida Baptist Seminary in 2007.

Pastor Myers loves The Lord, his wife, his family, those who allow him to pastor them and the lost. He prays for courage with compassion to preach the whole counsel of God’s Word for the benefit of himself and those that hear him. If he may be of assistance to you please come and participate with us or contact us and may The Lord be glorified thereby.